On Saturday, I joined a friend for the Washington D.C. Fasting 5k, a run for charity in Ramadan. When I arrived it felt like the start of a trail marathon. There was a strong sense of community; comradery in togetherness; boldness without ego; and sheer delight in presence. Veterans from last year’s run talked about what it’s like to run while fasting, and volunteers praised the group for being brave enough to run in Ramadan. 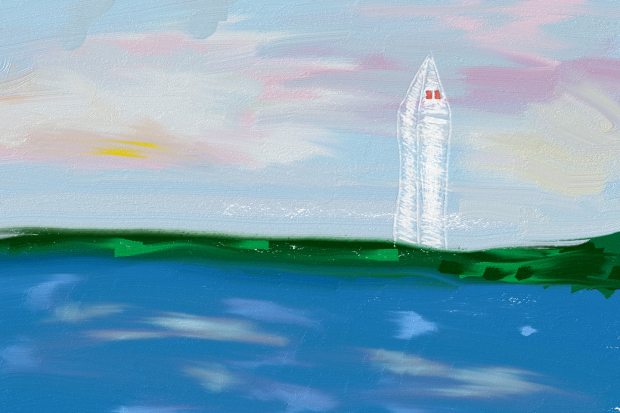 We gathered before the run began and awards were given before the race started. In the spirit of Ramadan, winners were not those who ran the fastest, but instead those who raised the most for a local charity, Pro Bono Counseling Project, an organization that provides access to free mental health therapy. The emphasis on giving to our local community served as a reminder and inspiration to keep on giving from whatever God has blessed us with: time, talent, social support, and dollars.

Race coordinators and volunteers went through the race route, passed out maps, and reminded us that at the finish line, once the sun sets, there will be baklava, stuffed grape leaves, and real food! That’s when I realized, this is like a trail race. Roads were not closed off, so there was this sense of adventure and navigation, like a trail race. There would be no support on the road because we were fasting, so we had to carry our own fuel, like a trail race in which runners carry their own water—in this case, the fuel was spiritual (no food or water until sunset!). There would be dinner at the end!!! That was the seal of the mark of a trail race.

I made a new friend on road, and we went from, “Hello, my name is Sarah” to talking about work, anniversaries, and cancer. The route started on the Mall and wrapped around the National Monument. My new running friend and I decided to add some mileage because the water in the World War II memorial just beyond the monument looked too tantalizing to pass up. As we approached the water, we spotted families of ducks floating—such a serene sight.

We looped back to the starting point, and soon the moment of greatest joy to every fasting person came—the setting of the sun. As usual, for a fasting runner, the date tasted like the best thing in the world, and water like the most nourishing hydrating beverage that reaches even the veins.

We prayed on the National Mall. Shoulder to shoulder, foot to foot we bowed and prostrated, facing Mecca, with the Capitol to our front, and the Monument to our backs. Afterwards, we ate dinner!

The entire experience felt so complete, physically and spiritually. Although it was only five kilometers, something about the completeness and the atmosphere made the experience feel like 50 kilometers in joy and growth. The moment I got that feeling, of ultra-accomplishment, I remembered a hadith that has inspired me oft over the years of Ramadan:

Abu Hurayrah reported that the Messenger of Allah (peace and blessings be upon him) said:

Every action a son of Adam does shall be multiplied—a good action by ten times its value, up to 700 times. Allah says: With the exception of fasting, which belongs to Me, and I reward it accordingly. For, one abandons his desire and food for My sake.”

In Ramadan, every action performed for the sake of God is worth at least 10 times the goodness. So even 5K could be like 50.

With a few days and hours of this Holy month remaining, let’s make the most. The Islamic Scholar, Ibn Taymiyyah said “The lesson lies in perfection of the conclusion of a thing, not in the shortcomings of the beginning of it.”

← The Sanctity of Life
Walking is Good, Too →

One thought on “Fasting 5K: Fulfilling Like a 50K”